Benefits of Antarctic Krill Oil: What Does Science Say? 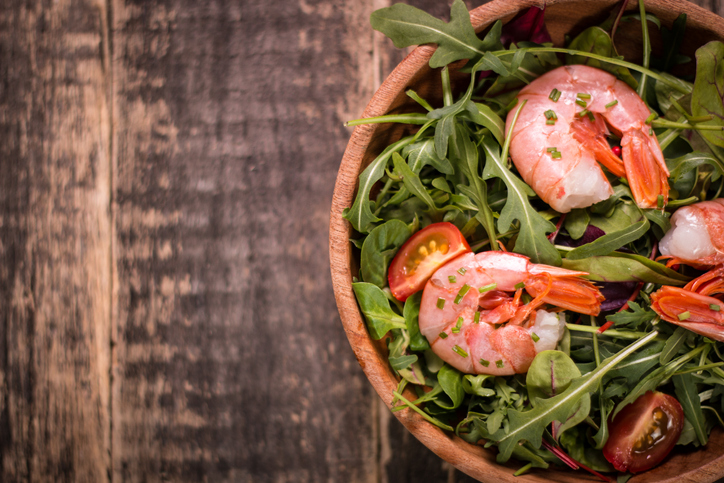 Everyone knows about fish oil supplements, but there is a whole other class of oils that Let’s Talk Health is incredibly excited to talk about today.

Antarctic krill oil is known to be a rich source of omega-3 fatty acids that are vital for brain and body functioning and are thought to play a role in general mental well-being.

The Antarctic Ocean is one of the largest sources of krills and that’s where the best krill can be found. When used in high-quality products such as krill oil, it is believed to be effective in lowering cholesterol levels in people as well as protecting cardiovascular health against several heart diseases.

But that’s just scratching the surface. Let’s take an in-depth look at what krill oil - specifically Antarctic krill oil - can do for your body.

Is krill oil better than regular fish oil? What does the research say?

A 2013 study observed that taking 1 to 3 grams of krill oil can be more effective in lowering total cholesterol and triglycerides than the same dose of regular fish oil. Krill oil is estimated to be up to 40% more affordable and accessible than regular fish oil supplements.

Krill oil is also rich in protein besides merely having high amounts of omega-3 fatty acids. It has been found to boost 60% more omega-3 fatty acids in the body than regular fish oil. Therefore, it has become the new hot commodity in the health market.

In addition, krill oil comes with the goodness of phospholipids. The omega-3 you enjoy from the oil is stored as highly absorbable phospholipids in your body, rather than as ethyl esters - making krill oil a healthier alternative for regular fish oil.

Many fish today are known to contain mercury - a toxin that can cause brain damage and affect behavior. When you consume fish oil, you subject yourself to the risk of consuming toxins, too. And that’s a risk nobody should be compelled to take.

Since the harmful effects of contaminants found in oceans make it important for us to protect ourselves from mercury poisoning, Antarctic krill oil has emerged as the best alternative to regular fish oil supplements.

The Environmental Protection Agency (EPA) has even declared most oceans to be filled with harmful levels of PCBs. But the Antarctic Ocean still remains as one of the last waters on Earth that is fairly uncontaminated.

For this reason, sourcing your krill oil from the Antarctic Ocean is the safest way to consume this supplement.

From supporting healthy cardiovascular, immune, and nervous systems to containing neurotransmitters that facilitate proper brain function, below are common benefits of Antarctic krill oil that can’t be found in traditional fish oil supplements.

Astaxanthin is crucial for cell-to-cell communication. Our Antarctic Krill Oil contains astaxanthin, a potent phytonutrient that transforms into vitamin E when eaten.

It is a powerful free radical scavenger and immune-supporting carotenoid, which can help reduce joint pain, oxidative stress, and improve blood flow throughout the body.

Being an excellent antioxidant, astaxanthin also supports immunity and can potentially protect you from the risks of heart-related diseases.

Found in small amounts in our regular diet, choline helps boost metabolism. It is responsible for regulating various functions of the body, including memory, mood, muscle control.

Although foods like beef, eggs, and broccoli contain choline, you are likely to get more choline from supplements like Antarctic krill oil.

Choline also helps improve kidney and liver function, making it an essential nutrient for your body.

Believe it or not, fish oil is actually more difficult to absorb. When you consume fish oil, your body takes longer to process it and get the benefits from it than in the case of krill oil.

This is because krill oil is naturally easier for our body to absorb as its fatty acids are present in phospholipid form.

Fish oil, on the other hand, needs to be absorbed by the fat cells and are in the form of triglycerides, making them less effective in comparison.

More importantly, Antarctic krill oil is 100% traceable, so you can always verify its source because you know where it originates.

What to remember when buying Antarctic krill oil

As consumers, it is our responsibility to be well-informed about what we consume and where our food comes from.

When choosing your Antarctic krill oil, make sure that you know where the product is originated from and manufactured. If you can’t trace it back to its primary source, it may not offer you the promised benefits.

In this case, you know that your krill oil is being sourced from the Antarctic Ocean - a water body that is one of the last places that is free of harmful toxins like mercury. So, it is naturally safer to consume Antarctic krill oil because you know its origins.

That said, ensure that your Antarctic krill oil is quality-tested to be free of potentially harmful levels of contaminants such as PCBs, dioxins, mercury, and other heavy metals.

Even if you know your product comes from a good place, make sure that it is manufactured under strict quality control standards to get the most out of your purchase.

Where to buy Antarctic krill oil

At Let’s Talk Health, our Antarctic Krill Oil is a patented and proprietary krill oil made using a specialized formula. It includes Neptune Krill Oil (NKO®?), known for its unique fatty acid profile, as well as EPA ((eicosapentaenoic acid) and DHA (docosahexaenoic acid).

Our Antarctic krill oil also contains phospholipid, a component that acts as a major barrier in cellular membranes to protect the cells and allows only selected substances to pass in and out of them.

Phospholipids also facilitate the absorption and transportation of important omega-3 fats throughout the body. For these reasons and more, they are an indispensable part of your body.

Not all omega-3 fatty oils offer the same benefits. So, if you are looking for one that contains the goodness of DHA, EPA, phospholipids, and astaxanthin, our high-quality Antarctic Krill Oil may be for you.

New to our store? Save 15% on your first order!

Don?t miss out on the latest health news, tips, and email exclusive discounts.

We value your privacy and will never give your email address to anyone.